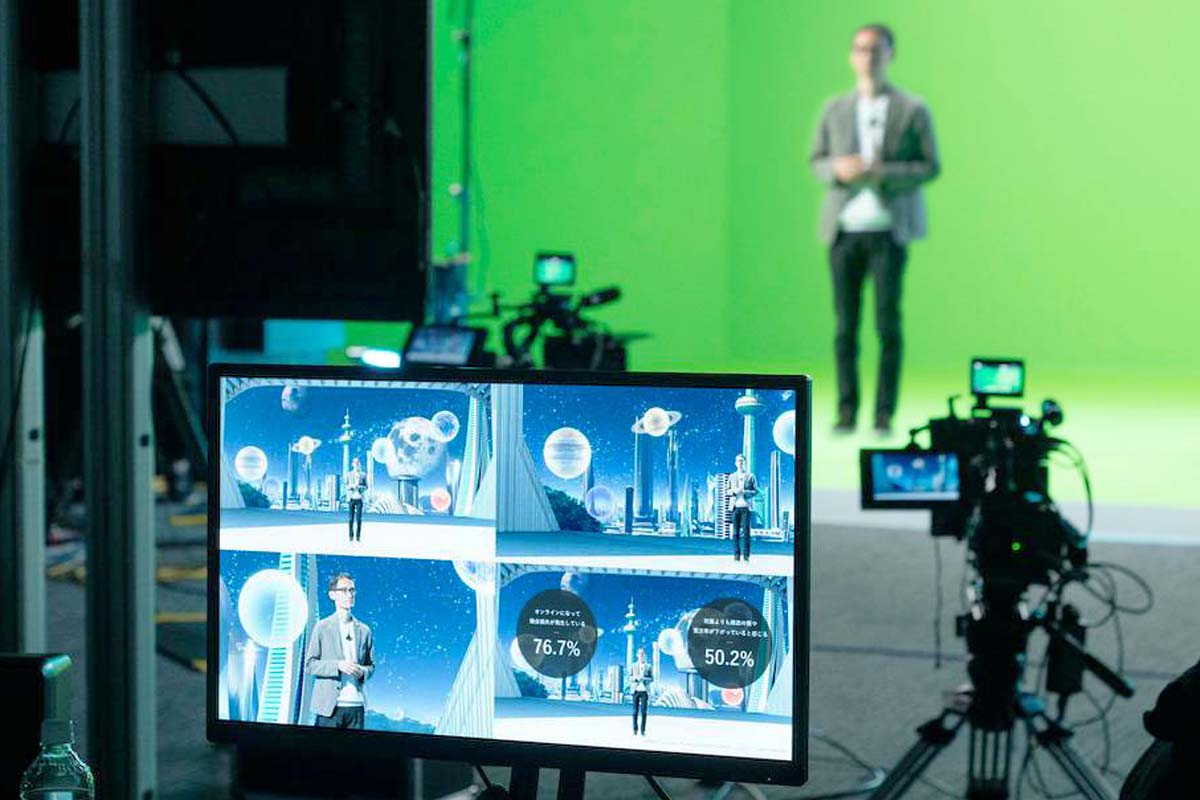 Social distance. Remote work. #wfh – you may be tired of hearing these words. But they’re triggering innovation and change. Here in Japan, the new administration quickly got to setting up an agency for digitization (or digitalization, if you prefer). Who better to give them pointers but Sansan?

Sansan is not a newcomer. We’ve been around since 2007, though it did just go public last year. With 6,000+ customers, as a premier SaaS company, and with a big footprint in Tokyo and Japan, Sansan is doing its part in many ways.

This month, we cover a few ways Sansan’s changing Japan and helping out client businesses with events and features.

The Japanese government is working rapidly to form and advance a new agency for digitization. This new effort aims to quickly transition the country to newer, faster, modern ways of running its administration.

On October 15, Sansan Director and Co-founder Kei Tomioka met and exchanged ideas with Takuya Hirai, the new minister in charge of digital reform.

Tomioka presented knowledge necessary for advancing digitization and showed Sansan’s ability to assist the establishment of this new agency.

As a key company in digital innovation in Japan, Sansan is uniquely qualified to move Japan forward.

CSV at Sansan often refers to the Excel CSV files you can download.

But in this case, we’re talking about Creating Shared Value, which is an enhanced, more-sustainable form of CSR. In Sansan’s CSV activities, we’ve long run the Scan for Trees program, in which we plant numbers of trees in line with the numbers of business cards scanned.

Last year, Kumamoto Prefecture in southwest Japan, was hit hard by both earthquakes and torrential rains and flooding. This made it a prime spot to aid recovery by planting trees.

By planting hardwoods that are typical of the local vegetation, we contribute to the maintenance of satoyama (the zone between mountains and flatland, but a word that also carries a sacred and treasured nuance) as well as ecosystems.

The Japanese news release is here.

Last month, we wrote about Sansan Innovation Summit 2020. We were expecting 1,000 participants for this wide-scale online event. Instead, the event attracted a phenomenal 3,400 registrants!

Featuring 13 Sansan users from various industries, participants learned about how to advance in varying modes of work and life. Registrants used Sansan Virtual Cards (online business cards) to sign up and attend.

We also announced the first winners of the Sansan User Award and Sansan Innovation Award (see winners here), which will recognize users and nonprofits that have innovated using Sansan.

Sansan Virtual Cards are now available as an integration for improving meetings set in Microsoft Teams. We announced this in our English news as well.

It’s been big, especially in Japan. MS Teams is a collaboration hub used by more than 75 million people every day. The integration lets you check in the MS Teams Calendar who has exchanged Virtual Cards.

You can contact attendees, send card URLs in advance, or exchange cards at the meeting. This allows the smooth, natural exchange possible in face-to-face meetings. Moreover, the cards you exchange can be added to your Sansan database.

See you next month with more updates on how DX, WFH, is moving onward, ASAP!

Seasons of Change, a Time to Build (News from Japan)
As the cherry blossom bloom in the early stages of spring, things are opening up! Not just the ...
March 29, 2022
Back to Newsroom
Back to Newsroom

User Tag
This is a test
June 16, 2022
This website uses cookies to improve user experience and analyze website performance and traffic. We also share information of your use of our site with social media, advertising and analytics partners. Our partners and us may combine this information with other information collected from our website and/or usage of the services we provide.
Accept
Manage consent