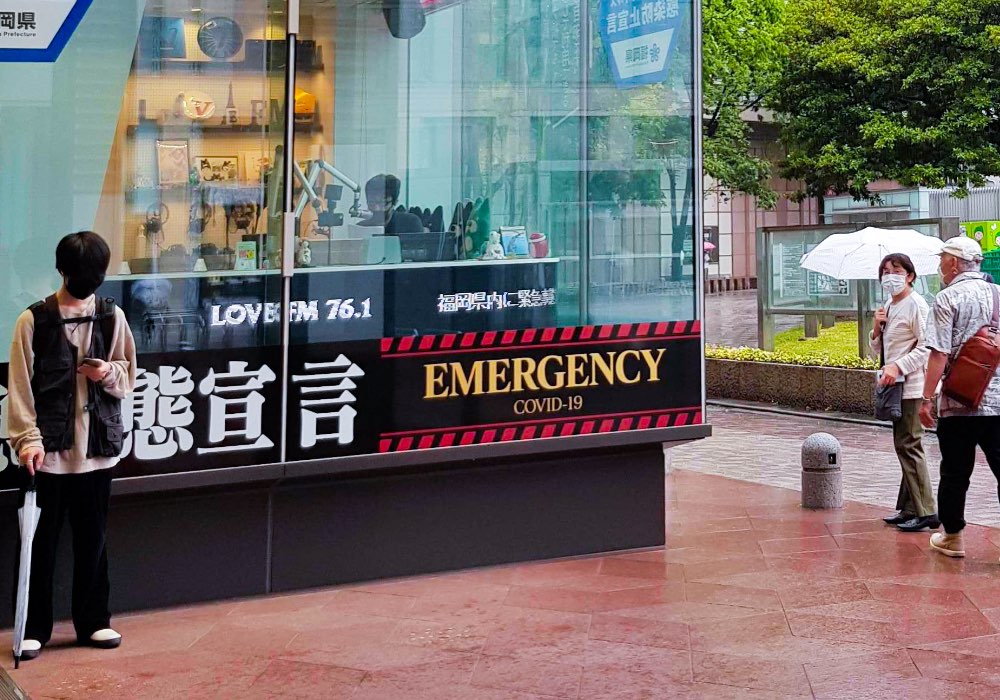 The weather continues to deal surprises in this strange 2021. In mid-May, much of Japan entered into the tsuyu rainy season. ☔️

This roughly 6-week period of muggy weather happens from Okinawa up to the northern parts of Honshu, before the hot summer breaks through.

But this year, it’s a full 3 or 4 weeks early. We’re also in the 4th wave of COVID-19 and states of emergency have been declared in major urban regions. That means WFH time again. The top photo comes from Fukuoka, where we have about a half-dozen staff including designers and programmers, as well as the author of this update.

We previously wrote on the Kamiyama Marugoto School of Technology being established in the rural Shikoku region of Japan. These plans move forward as part of Sansan’s CSV (creating shared value) efforts.

Naoki Ito, a well-known international creator, will now inform the school’s curriculum as a director. Ito has led campaigns for Nike, Sony, and Google, among others. He’s also previously received an Excellence Award at the Japan Media Arts Festival, Good Design Award, and Gold Lions at the Cannes Lions International Festival of Creativity Awards.

Ito recently worked on design for the new Terminal 3 for Narita Airport outside Tokyo (more here). The terminal had 6 million pass through in its first year.

Japanese government, at a national and prefectural level, was keenly focused on inbound tourism before the pandemic. The focus remained, but governments are having to retool how they approach it. Sansan is helping.

Ibaraki Prefecture is located within about an hour north of central Tokyo by train, but it is not heavily urban like the central area. This makes it a popular region for metro area commuters to live in. It also has a compact and convenient international airport, high-level universities, and a range of event facilities. This makes it a promising area for MICE tourism from abroad.

The prefectural government’s International Tourism Division has introduced Sansan to help it with contact management and to maximize its contacts and networks, no matter the distance, It’s especially fond of the Virtual Cards function, which lets them find out the department, title, and other details of contacts when they have online discussions.

The Japanese press release is here.

On May 13, Eight ONAIR, a new service offering business seminars and related to the app was launched. As online seminars continue to increase amid the prolonged pandemic, it’s become harder to pick from among them, and find the best ones.

The new service offers events based on the user’s personal network (via Eight) are attending, allowing a more personalized event-selection experience. The service is only offered in Japanese.

Rain will pass. Safer times will come. In the meantime, there are so many possibilities! See you next month.

Seasons of Change, a Time to Build (News from Japan)
As the cherry blossom bloom in the early stages of spring, things are opening up! Not just the ...
March 29, 2022
Back to Newsroom
Back to Newsroom

User Tag
This is a test
June 16, 2022
This website uses cookies to improve user experience and analyze website performance and traffic. We also share information of your use of our site with social media, advertising and analytics partners. Our partners and us may combine this information with other information collected from our website and/or usage of the services we provide.
Accept
Manage consent